Our travel app design has evolved into something of an internal pet project. It was sparked by a corporate client’s plan of work that became subject to change in budget direction, with a turnkey solution launched in China alone rather than also in Europe and the US as originally planned. But aspirations about something good are hard to tether. Sitting down on a beach after the dust had settled, we wanted to build something beyond utilitarian, something travellers could actually enjoy using that would tie together our experience of working in serving up results from GDSes for the past 10 years (GDSes are the computing systems that handle reservations across all traffic types, hotels and car rentals). Starting in 2010 we began working on a platform-agnostic business travel mobile application.

We wanted to build something beyond utilitarian, something travellers could actually enjoy using that would tie together our experience in the field with traveller and agent services

Taking a mobile-first approach, the leaning was always towards a look and feel that worked on iOS and then at a future date to produce an Android rendition. We interviewed travellers on the phone and in airports, who we believed represented our core target—users in multi-national organisations who we could ask about their travel patterns, likes and dislikes about their current booking journey, the contexts in which they might book “on-the-go” and how they handled expenses.

We then moved on to focus on branding. Working with a designer, we eventually settled on a visual language that would be fitting for a corporate environment and give the traveller a sense of using a contemporary UI. We wanted to give travellers something akin to an app that they might choose to use privately. From conversations in company travel-implants, we found that users within a corporate environment at times dislike the look and feel of the applications they use for work, something we touch on briefly in our post about another project: Remedi Healthcare System. The quality of the look and feel of a business application can be poles apart from applications they might use once they leave the office. And there really is no need for this.

Working from the wireframes we added a distinctive look and feel to the application screens, leaving things to transform these mocks into a prototype at a later stage.

The branding had to reflect that business travellers would see various parts of the world and that although we chose destinations with high visitor rates, locations can be customised for the destinations relevant to the client company. However, there was always the opportunity to customise this by geographic region, or according to company preference. 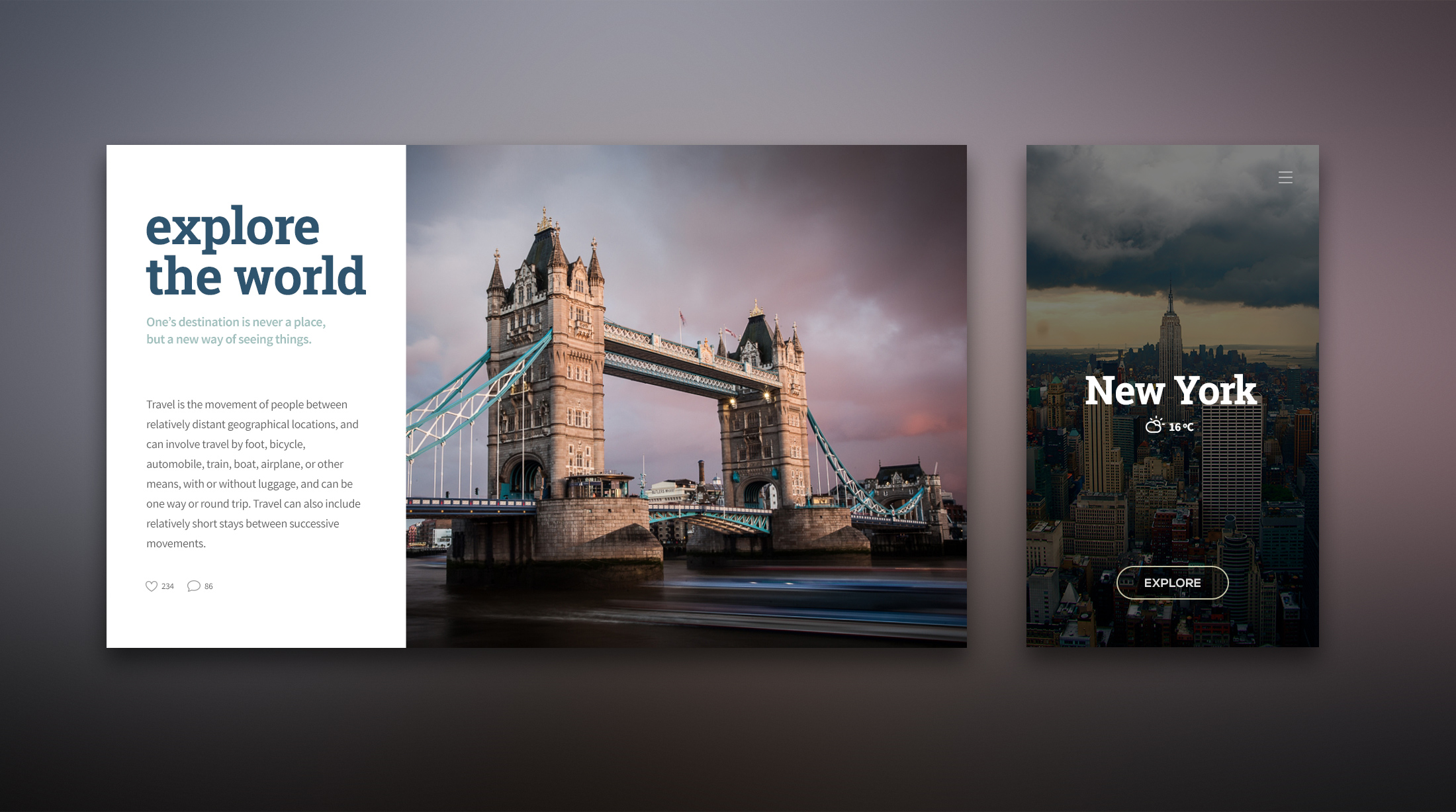 Working from the wireframes and sketches, our designer added a distinctive look and feel to the application screens we worked on. The mocks will be transformed into a prototype at a later stage.

What’s on Offer for Travellers?

The app allows travellers to carry out a variety of basic expected functions: to view their itineraries and keep up with their ongoing travel plans in a clear and easy to read format and store boarding passes by uploading the PDFs into information about each segment. Of course, it facilitates hotel Loyalty Card points. However, it also allows users to see the proximity of co-workers with whom they’re connected. In the past, we’ve worked on Risk Management software to allow the tracking of employees for safety and security reasons. Providing tracking data in the app, based on where the traveller is expecting to reside or their chosen transit options and times, multi-purposes the information that is likely being requested by travel managers in the back-office to ensure staff safety.

Travellers can, therefore, arrange ad hoc meetings with colleagues as well as others that are in their location. That can help increase and improve the collaborative and social value of a trip and therefore the business, ad infinitum.

Chiefly, producing a prototype for testing and in unison working on potential Desktop and Web application versions of the project. The idea was always more than about integrating features, but rather to delight users as they make their journeys to different parts of the world to carry out their business. 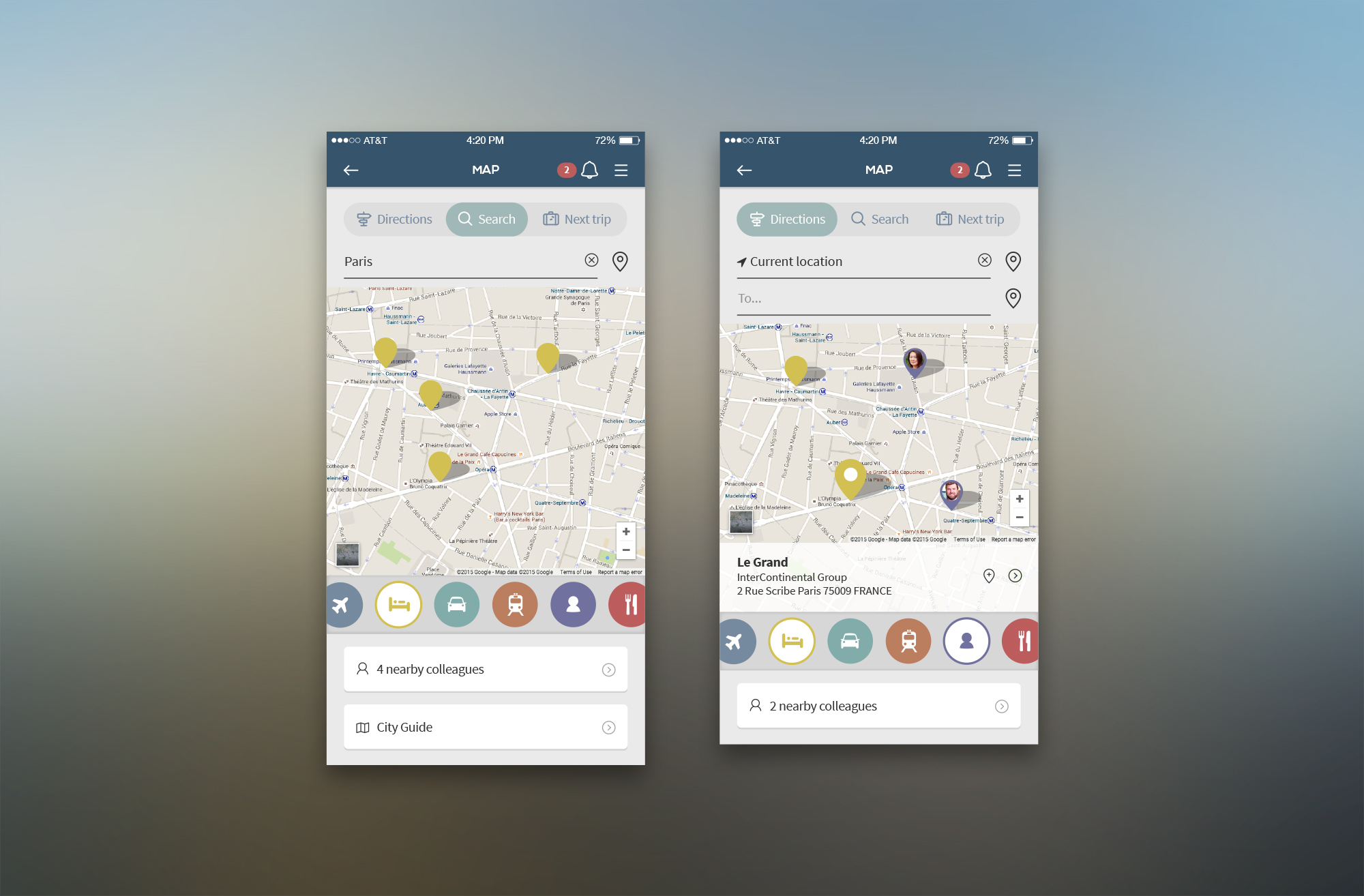 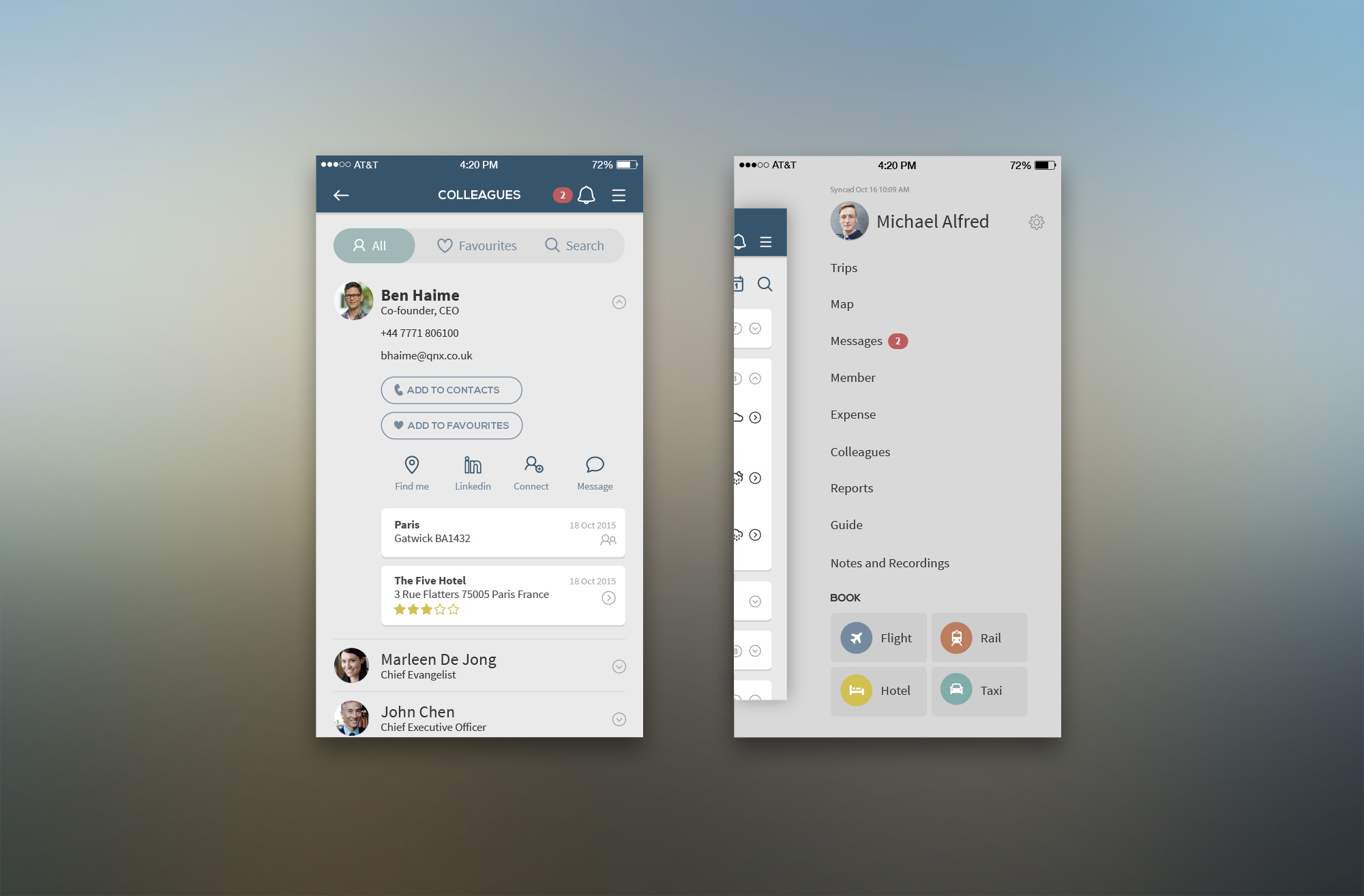